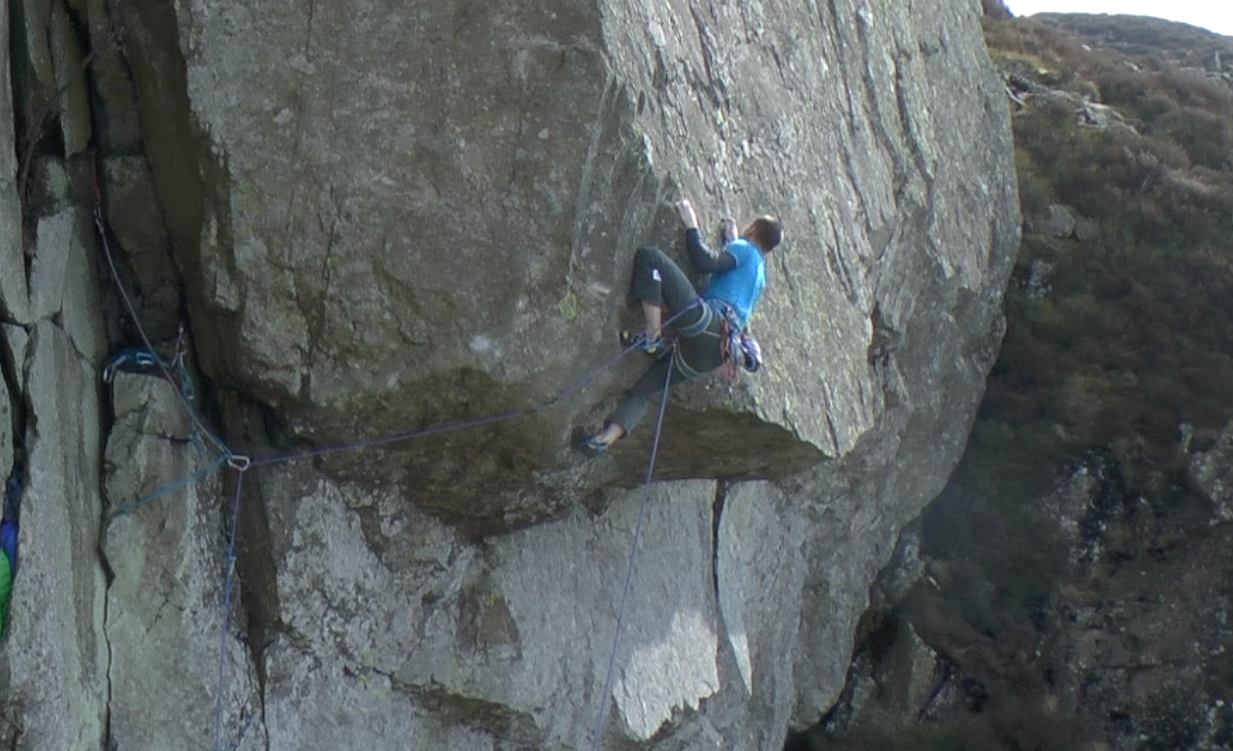 Having spent October, November and December completely unable to climb due to elbow tendonosis (golfers) I had been making a gradual come back into the higher grades. January had seen a few E6’s ticked, then a couple of E7’s in Feb/March, so I was ready for something a bit harder.

Gouther crag sitting on the east side of the lakes is in the rain shadow, so the weather does tend to be a bit better – hence its a good early season venue. I wanted to climb the line up the overhanging arete side, as this was more in keeping with the difficulty of the lower section and added an option for any further repeats.

The moves through the roof are extremely bouldery but rope drag is a real problem. It is a testament to Adam Hocking’s talent and strength that he could even climb on with the drag he got on the first ascent. Getting through the roof I made my way across the slab onto the decent footholds beneath the arete. At this point you are protected by 3 poor skyhooks (the gear beneath the roof being a long way away) and have to make a reachy and off balance 6b sequence to get to a crucial wire which is fiddly to place. After this the difficulties gradually ease, but you don’t get anymore gear until the top.