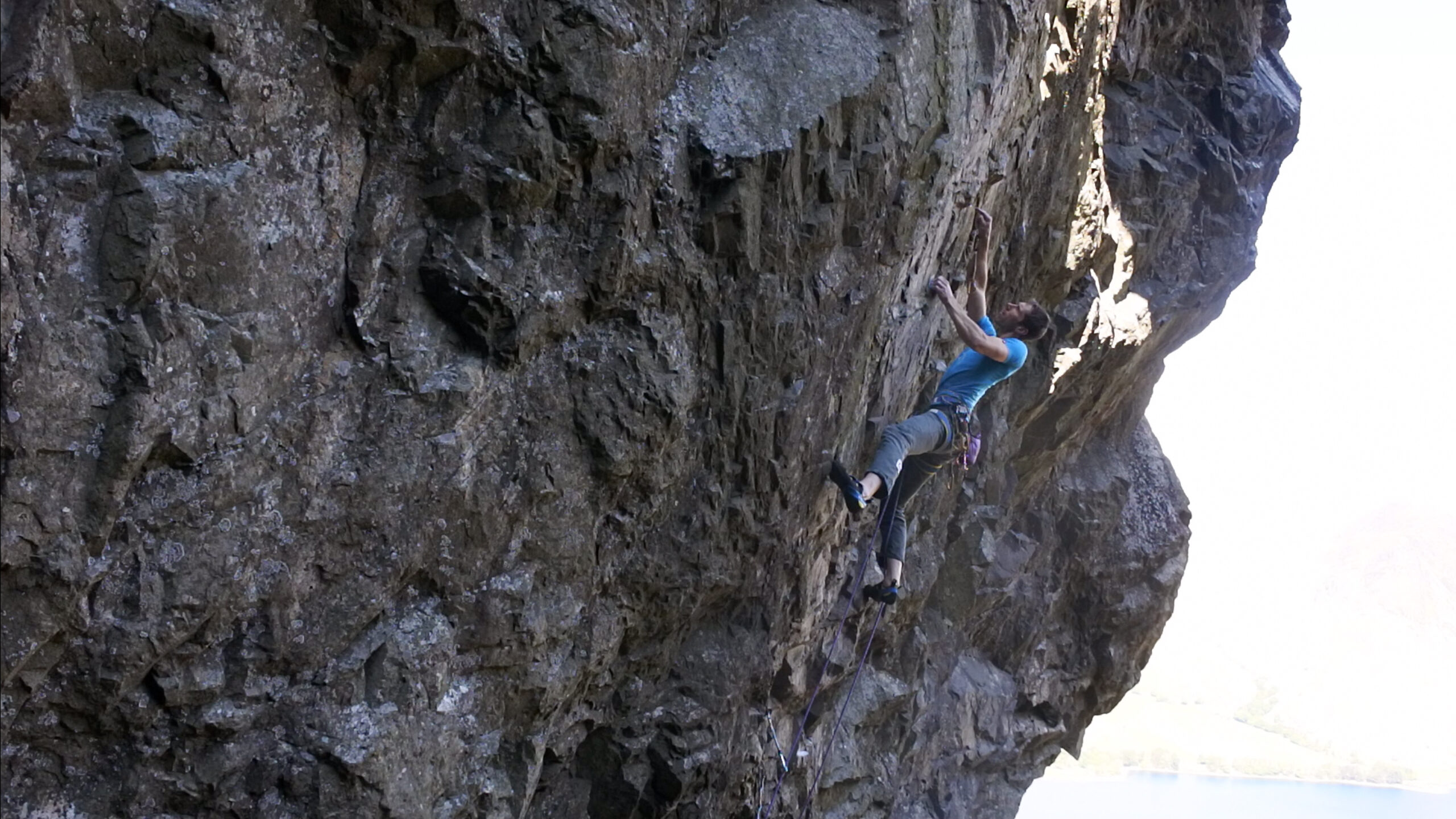 During my enforced ‘off period’ due to my bad elbow in winter 2018, I decided to take a visit to Cam Crag. It remains the only crag that I failed to actually get to on my first attempt and vowed never to attempt it again!

When I did finally attempt the approach on a ‘fair’ weather day, (Easter weekend 2019) I was on my own and spent an afternoon brushing the lichen off HSOEH. The climbing looked fantastic and I was keen to return as soon as possible with a belayer.

The big challenge on the route and the crag in general is the updraft that blows up the scree from Wastwater. It can be 5-10°C colder in the gully wall than it is away from the crag and this makes conditions really difficult. When I led it I actually set off in my down jacket, but then thought this is ridiculous, your going to be on the route for about 5 minutes and rather than carry the extra weight of the down jacket, I should get stripped down to ‘fighting weight’ and blast up it. There was 2 problems with that: 1) Those who have seen my climbing know that I don’t ‘blast’ anywhere. 2) The wind chilled my forearms just at the redpoint crux – meaning I had to lurch through the last moves and was much closer to peeling off than I should have been. I then spent the next 10 minutes trying to warm up in the 1 spot of sunshine on the route before attempting the upper groove.