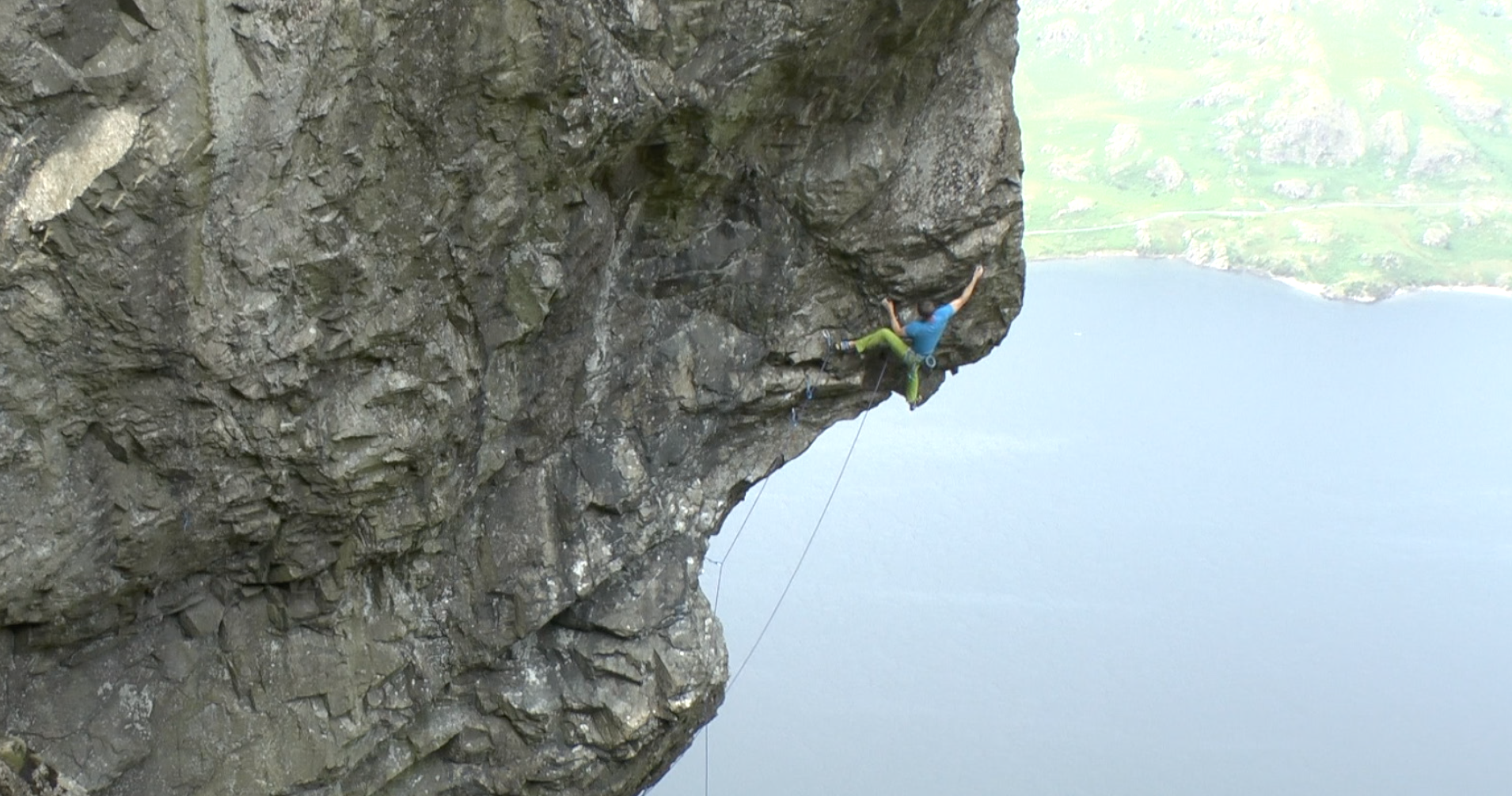 NBAFT has become one of the most iconic routes in the Lakes, courtesy of the film Set in Stone. When you walk up to Cam Crag, and start to make the final approach up a steep grassy/heathery gully, the arete of NBAFT is the first thing that you see. It’s an incredibly imposing feature, but the route itself has the advantage of being fairly well protected.

I’m not very good climbing in the heat and conveniently the 9th June was one of those red hot summer days. The arete itself is one of the few places on the east gully wall that actually catches the sun and the the rock was getting baked. I enjoyed the route immensely, partly because I was so close to greasing off the top arete, so I think when you have to fight hard to stay on, you build a deeper emotional connection with the route. Those split second memories where success or failure hangs in the balance and its all too close to call – just close your eyes and keep pulling.