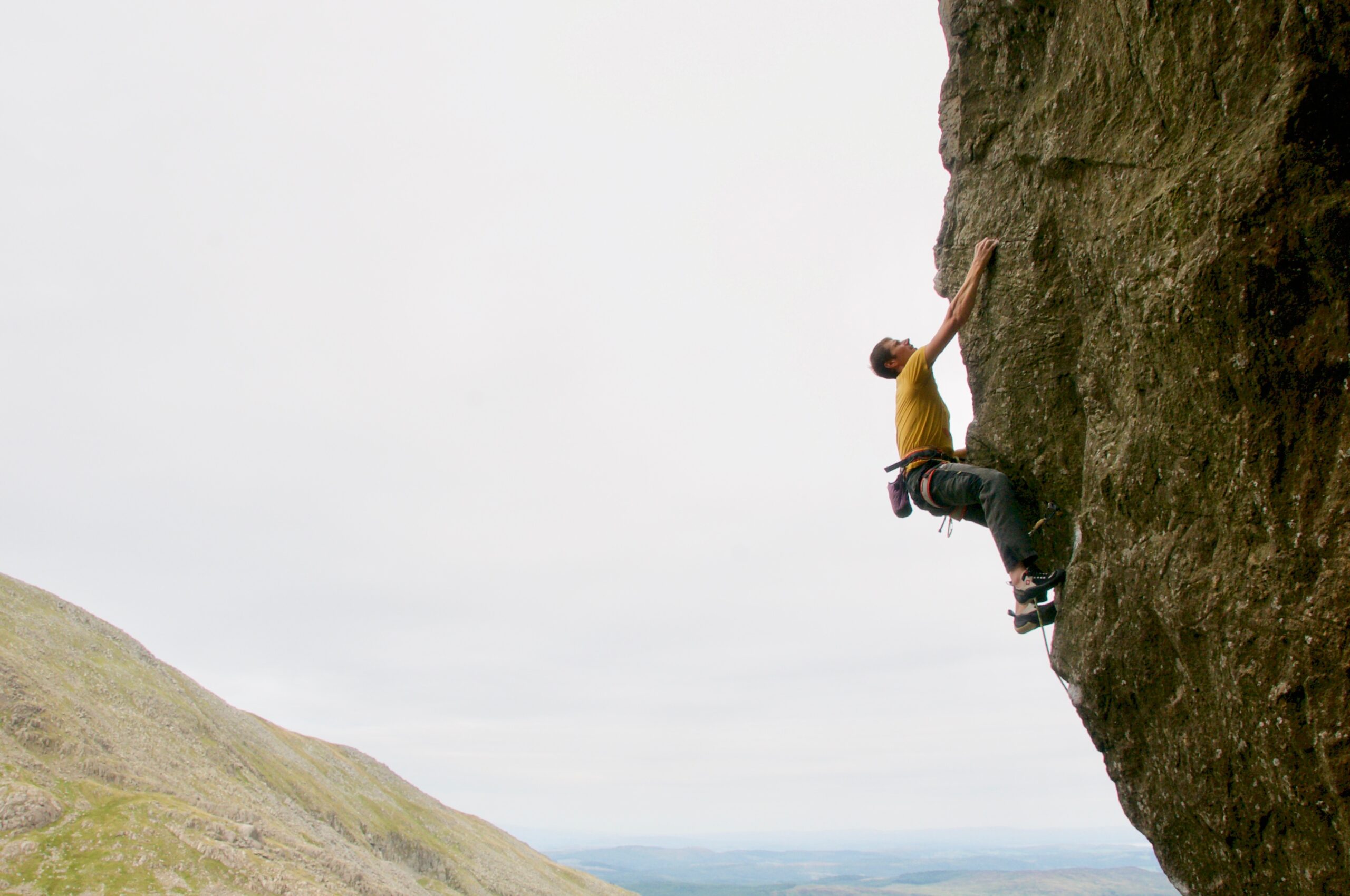 Dow Crag has always been one of my favourite crags in the Lakes. Approaching up the scree towards B Buttress its easy for the features to be lost in the scale of the place. It was a Friday night (heavy rain) and motivated as ever I walked up to the crag to take a look at the overhanging arete on Woodhouse’s pinnacle.

Arriving at the crag conditions were that slimy that I couldn’t even get up the gully to take a look and the fog was down. Keen as ever, I returned the next day in better conditions to get a rope down it. This was more complex than I thought and I couldn’t get a rope over the top of the pinnacle and back down. I was going to either have to ab from Easy Terrace or solo up Woodhouse’s route to the belay station above the pinnacle – either way was not an option with a short rope. I had to return again with a decent length of rope to finally look at the arete and sort out the moves.

What was immediately clear, was that the start was hard and with no gear at all. The climbing eased with height, but the start was looking like ‘E9’ territory. Eventually I found a poor, bottomed out Universal which I convinced myself would be ok, so having got the start moves wired, the lead was on!

Standing beneath the route was by far the most terrifying experience of 2018, if you fall off the bottom, you will end up in the blocks some 6 or 7m below where you started. It is a serious lead. When I led the route I had not top roped it in full and got confused between the two possible ways of finishing at the top – you can finish either on the left side of the arete of the right. The left hand finish is harder but protected by a white tricam in a pocket (but desperately fiddly to place on the lead). I ended up initially going this way to got the gear and then finished on the other side in a bit of a flustered state.

I originally gave the route E7, but in retrospect this was well undergraded, due to the serious nature and difficulty of the first few moves. Yes it is only short, but very sharp!