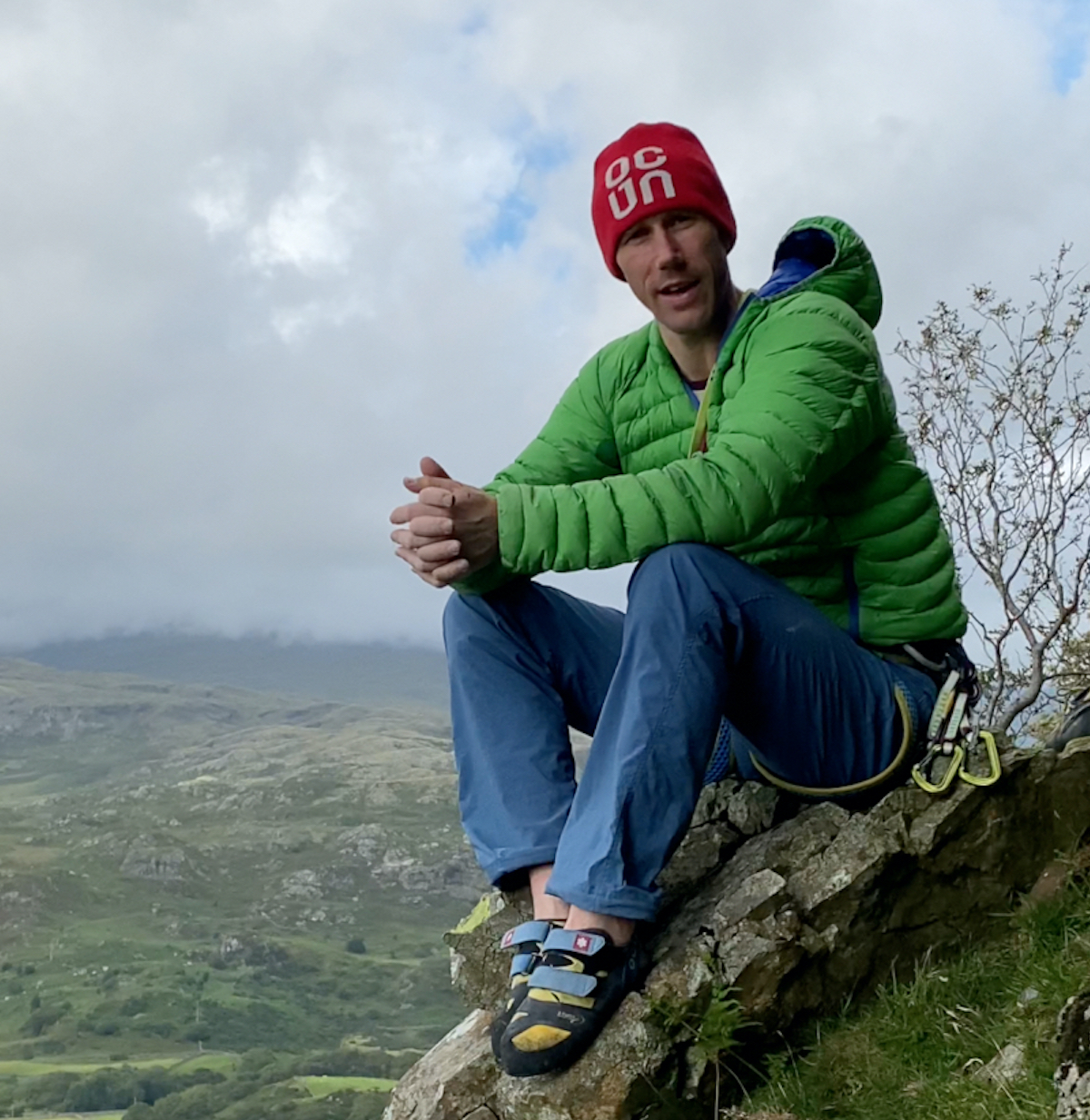 Well, it’s been a difficult year…., and I could almost end this blog there! It’s fair to say that I’ve fallen short of my personal ambitions in this period, but I haven’t had Covid (nor any member of my family) and I suppose for that I should be thankful.

By the end of ‘lockdown 1’ my climbing fitness had suffered. Having spent October 2019 all the way through to May 2020 with elbow tendonosis, I wasn’t in the least bit interested in crimping my way around the ‘garage board’. Needless to say, the pump set in quickly once I started climbing again in June 2020.

The first item on the agenda was supporting my dad on his 40 year anniversary ascent of ’10 Years After’ in Hodge Close, Coniston. He wanted to do this on his 70th birthday (13th June) and thankfully after a damp start to the day, the sun came out and the slate dried out by mid afternoon. The lead went smoothly, but could have ended very differently, with a heavy shower drenching the crag seconds after the peg was clipped following the long run out up the wall!

In an attempt to recover some fitness and (unwilling to attend a climbing wall) a number of visits were made to a wet Iving Crag in Kentmere. The routes at least tended be steep and ‘almost’ sheltered from the westerly showers that were coming in. Unfortunately shelter also meant midges, which are even less welcome than wet rock! Mindscape (E7 6c) was repeated with a left hand finish, along with Shaken Not Stirred (E6 6b) with a direct start (…, because the original holds fell off when I pulled on them).

I also visited Gate Crag in Eskdale, making the 2nd ascent of Iain Turnbulls ‘The Sassenach’ E6 6c. Again the Lakes weather and heavy summer showers hindered climbing, with the walk up to Gate Crag, through the sodden ‘shoulder height’ bracken being a particularly miserable highlight.

Being summer, the weather then got pleasantly warm (too warm for my liking) for much of August, so in a rare return to sport climbing I spent a few sessions at Humphrey Head. It was nice to be clipping bolts – free from the worry of wobbly RP’s beneath your feet. I particularly enjoyed repeating ‘Back to the Future’ on numerous occasions.

By the August bank holiday, my attentions turned back to the mountains. When I did the first ascent of ‘A Ordinary’ (E7 6c) on Dow Crag, back in 1999 I remembered sitting on the stance at the top of the first pitch (in the middle of A buttress) watching Steve Whittall leaping about through the lower B buttress roof (between Giants Corner and Issel Roof). It was all pretty impressive to watch – but neither route had seen a repeat. So I felt obliged to make the 2nd ascent some 21 years later. The climbing on Prase (which is Croatian for ‘pig’) is fierce and it is as the name suggests a ‘pig’ of a move. The first ascent had made use of a pre-placed wire at the lip of the roof (as the gear beneath isn’t great and the lower slab won’t make for a soft landing) but my policy on ‘pre-placement’ wouldn’t allow for an ascent in this style. Thankfully having some strength reserves at this grade of climbing, meant I could safely climb the route, placing the gear on lead.

The final piece of action was left for Scafell – the East Buttress! Between Trinity and Talisman was a large blank, gently overhanging wall. It had been looked at by my dad around the time that I led ‘Thy Will be Done’ E8 6c, on the next wall to the right, and then largely forgotten about. However, an email from local hotshot Scott Quinn to my dad enquiring into the line, stirred some action. Within about 48 hours of the email, my dad had been up to Scafell and re-abseiled the line, finding the route harder than he had remembered and the gear being worryingly absent. This had always been my dad’s line, but it was becoming apparent that the climbing was just too sustained (there’s a lot of 6b/c without any rests), so somehow I got pointed towards the lead.

Holy Braille is a fantastic piece of technical climbing. It is sustained F7c above very poor pegs. When you stand at the bottom of the route, knowing that the first peg won’t take a fall and only the 4th and final peg is decent, the seriousness of this route will start to become apparent. Pulling on above the rock step will confirm your worst fears – this isn’t an easy E7!