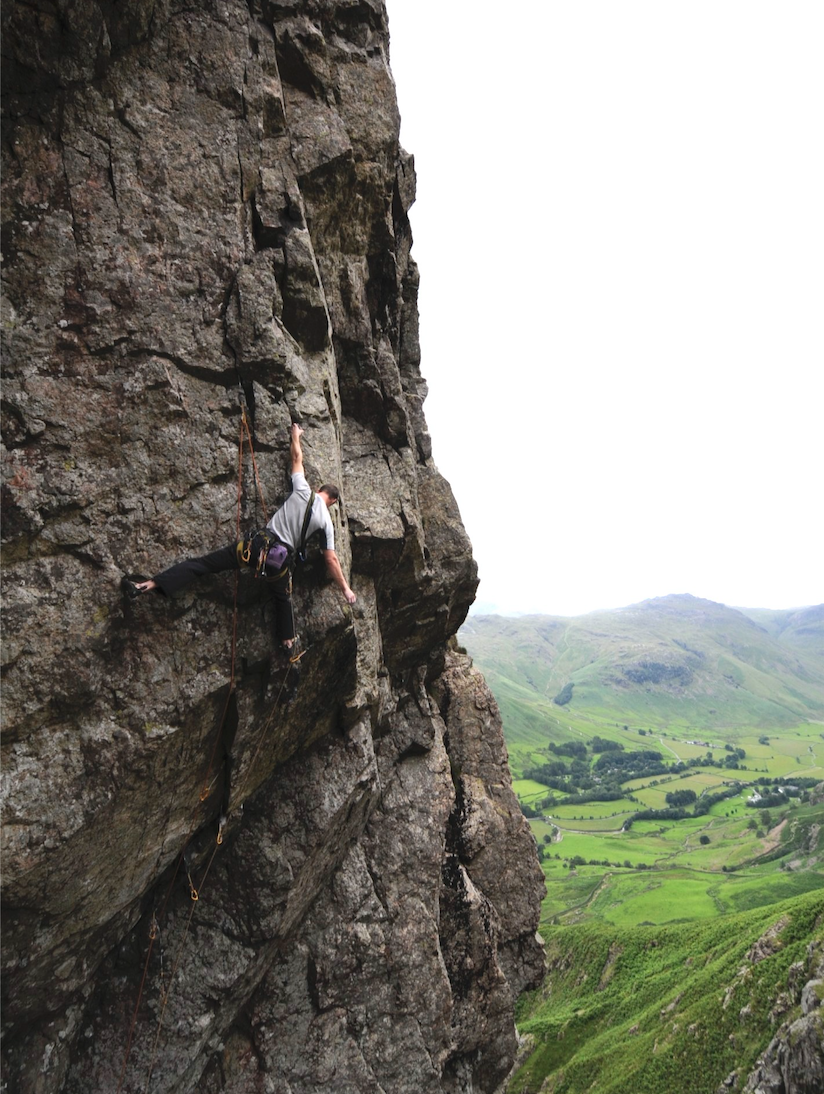 This was the route that really got me back engaged with ‘trad climbing’. Having moved back to the Lakes in 2010 and the 2010/2011 season were pretty much spent sport climbing. In 2012 I started getting interested in ‘trad’ again and my dad had mentioned that there was an impossible looking line with a peg in it that Keith Phizacklea and himself had seen when they were cleaning The Rampant finish in White Ghyll.

The next weekend I went straight up to take a look. The line was terrifying (the ab was scary enough) but the climbing looked do-able. I spent a couple of days sorting it out and then with my best ‘sport climbing head on’ (complete with power screaming) made the first ascent. To be honest half the problem was that my hands had gone numb and I couldn’t feel my fingers – this added to the sense of ‘I’m off’ after every move!